Finally the headline band Gleam took to the stage and filled the room with their excellent playing and stunning music! But that’s all you’re going to read from me about this set. I thought we’d try something new…… I’d like to introduce you to an all round nice guy named Perry. Perry is one of the guitarists from Half Asleep, who is also a fan of Gleam. From talking to Perry at the gig, we decided to try something new. So through extensive emails (sorry Perry!) we managed to get an interview done solely around him watching Gleam in the perspective of a support act and a fan. I am very happy with the results and well, take a look for yourself below!So you’ve just played as support for Gleam, how does it feel playing with a band like Gleam?P; “Playing with a band like Gleam was pretty cool, being as there aren’t many shoegaze bands in Birmingham, so it was nice to join up with a band on the same bill as us. It was also a pleasure to play with them, considering they are some of the nicest guys I have ever met, and a great band. I mean Gleam are the kind of band you always nod your head too.”Gleam have a different sound to you guys. So what is it about their sound, in your eyes, that makes them so popular?P; “Gleam are fairly similar to us, however they do have some key differences. For example, they have a real chilled indie vibe to that really adds to that shoegaze sound they bring. Not to mention the keyboardist very cool, and it adds a sick twist to their music.”What was your favourite part of the set?P; “My favourite part of gleams performance was them playing their hit “believe” everybody seemed to know this tune so a lot people were bouncing and nodding their heads.”As someone in the crowd, what do you think Gleam does best to captivate the audience?P; “From a crowd point of view the most captivating thing from their performance would of been the music itself. It worked really well with the intimate venue and just sounded huge yet so chilled. As a live performance overall, its so energetic and they really know how to please the crowd.I did noticed during their set, that one of their guitarists was having some technical difficulties. He really dealt with the issue well and was super calm, I mean to top it off he was a master with the keyboard too.My all time favourite was when they played, a favourite of mine, Believe. The whole room seemed to know this track and there was so much energy, everyone was bouncing along.”What do you think of their overall sound?P; “Their overall sound is mad! The three guitars really adds a cool vibe to the shoegaze sound they are going for, as well as adding a lot of depth to their music. As for the drums and bass, they add that real nice bouncy vibe, yet hold the music together by producing the beat that holds the timing together, and adding that indie vibe. All in all this mix in their music goes together really well.”And finally, anything you want to add or say?P; “Just that from me and the rest of Half Asleep, thanks for the opportunity to play with you guys!Hopefully in the future I’ll get to play with them again, but I will definitely be going to catch them at their next local show. Oh and make sure you check them out and make sure you get down to their local shows.Big up Gleam!!”


As always thank you for reading this, it means a lot to me! I have had so much fun writing this!
I also want to say thank you to the bands for allowing me to write this, and a massive thank you to Perry for letting me torture you with a ridiculous amount of emails!


Oh and well the bands are great, and you better go check them out!


The act of doing something that involves danger or risk in order to achieve a final goal.
Risk taking.
Its something we all do throughout our lives that’s unavoidable. However, something I love is creative risk taking. This is when you put something you love to the test to push yourself and those around you further; and that brings me to this post…

Now you may have heard of a Midlands (England, UK) based band with a rather unusual name that have previously featured on this blog. I am of course referring to the five piece band Sextapes.
Sextapes’ sound was a mixture of grunge styled heavy/shouty vocals, entwined with melody driven riffs perfectly due to the balance of upbeat “happy yet moody” drums and soft mellow toned bass.
Full of energy, Sextapes performances were always captivating, displaying their passion for music. This made watching them a joy rather than a task and their music more enjoyable.

As you’ve probably guessed from the past tense language and talk of risks, that Sextapes are no more! They now go by the name Half Asleep, which also brings through a new sound. This sound is quite different to that refreshing tinge to the hardcore scene that they brought through as Sextapes, but is equally as refreshing to the Midlands current music scene.
The Midlands is very heavily yet proudly displaying pop punk, punk and hard-core bands at the moment; all of whom show some serious talent!
Half Asleep however, consist of what you would expect from bands breaking through the Midlands scene over the last few years such as Peace and Swim Deep, whilst maintaining individuality by drenching their songs with shoegazey guitars and hypnotic dreamy vocals.

With their first single released, Half Asleep have further proved they have an endless amount of talent to display. By breaking down this new single, it makes understanding their new sound as well as get a real feel for why I truly believe that Relax & Distill was a very clever choice for breaking that Sextapes barrier.
When listening to the vocals it is clear to hear the change that has undergone immediately. The vocalist has transformed his vocals from harsh to a much softer approach which displays different tones compared to previous releases as Sextapes. When speaking with the vocalist about this change of technique he said “I can get much more melody into my words and it feels more natural”, something which is a key for vocalists to feel as strain to vocal chords can be damaging for careers.


Guitars have managed to keep their powerfully catchy riff technique but have now teamed them up with soft distortion and carefully structured “cheery” chords that bring a nice aspect to the music. By having two guitarists and different tunes throughout, there is a more structured and empowering vibe built in rather than just a sense of melody being played throughout.
Drums used in Sextapes were heavy, big and powerful; perfect for that grunge influence they were playing with. However, drums have now been switched up to a combination of fast paced and slow paced dynamic beats that work well against the shoegazey guitars and mellowed vocals. In this new single you can hear the drummers use of cymbals is not overbearing, but that he has incorporated them nicely against the new sound so that that previously edgier aspect is not heard.
Bass is structured and well blended within the song, keeping that basic structure within crisp and clean, whilst also with a touch of off balance enabling you to hear it.

All in all, Relax & Distill is a brilliant song that’s well structured and displays brilliantly that the boys really have thought about their music. This goes on to show how they want to progress, that this is not a hobby, but something they are all passionate about. Showcasing their talents for writing and producing, I can honestly say Half Asleep are some talented guys! I mean pulling off their breath-taking performances is a talent in its own, let alone being able to make tracks that stick in your head for all the right reasons.

Something I really like about the Half Asleep boys is that despite all this change, they are still humble to how they started. There are no bitter feelings towards the origins and being Sextapes, so much so that when it came to releasing their EP it only seemed fitting to incorporate something a little Sextapes with it. As best described by one of the guitarists as “an ode to Sextapes”, they cleverly titled their EP ‘Watching Sextapes whilst Half Asleep‘. Even better, to keep up with this quirky and individuality that they bring, you can purchase their EP on either standard classic CD or a retro cassette tape! Yes, you can purchase ‘Watching Sextapes whilst Half Asleep’ on cassette tape that has been beautiful crafted to keep Half Asleep in your mind (images of both CD and cassette tape can be found below). But honestly, trust me when I say I truly believe you will not be disappointed in this EP, as it features a few songs that were crafted whilst the boys were Sextapes enabling you to hear and feel the growth they have undergone as a band. 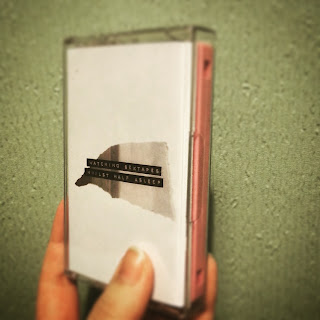 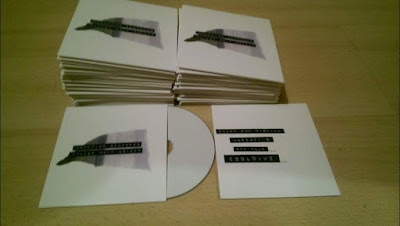 I am also very excited to announce that there is AN OFFICIAL MUSIC VIDEO! Hand crafted by the boys themselves, this homemade video is full of clips of; them performing at gigs as Sextapes, them together proving they are a crazy normal bunch of 20 something lads, hilarious moments from mischievous nights and powerful dancing/singing! It is one of those videos that even though some footage is bad phone camera quality, it just makes you feel more connected to the band, and you just love it! Not to mention it is pretty great, I really can’t get enough of it… BUT YOU’LL HAVE TO GO ON THEIR FACEBOOK PAGE TO VIEW IT OOPS (hey like what I did there, huh?!)


You will also find below a video that’s been crafted by talented artist Georgia, this video features the new single as well as some clips from past gigs the boys have performed. This is a great way for you to understand what I mean by their hectic performances and how much enthusiasm is displayed at each gig. Especially as Georgia has managed to capture and entwine different gigs into one beautiful video similar to that of a tour video!

Now whilst checking these videos out you can also go over to their official Facebook page and give them a cheeky little like, which will help you keep updated on any exciting news or even check out their merchandise over on their Big Cartel site. Which to be honest, we know you’re going to do all these things because that’s what I’ve done!!

As always, its an absolute pleasure to have you read our blog. It means way more than you can imagine to me! Thank you for reading my thoughts and opinions, best wishes! Leanne xo